post-title event-title “Inside the tree” – а dialogue between the visual artist Iglika CHRISTOVA and the ecophysiologist Claire DAMESINno noDuration: 2019-03-22 - 2019-04-04

Collaboration with the microbiologist Rositsa Tashkova for the creation of Microstructure(s), a work highlighting the development of soil microorganisms.

As an outcome of my collaboration with the plant ecophysiologist Claire Damesin, this exhibition is an exploration into the microcosm of trees. From one work to another, a dialogue is formed between drawing and microscopic observations of the internal tissues of several tree species. While microscopic images and scientific knowledge try to perceive the mystery of the invisible, that is to say literally ‘pierce’ to ‘see’, the drawing adds another perception of biological reality. Although artistic and scientific languages are very different, a new common access to the invisible is revealed through the study of the microcosm of trees. Bearing in itself an assumed subjectivity, the drawing does not explain the microscopic image, but claims its universality. It constantly tries to relate to the realities of an animated biological world, hidden under the bark. It then seeks to tame its invisible phenomena. Although appearing to be immobile, the tree has a mobility, whose origin can be both external and internal. The first relates to the external climate and how the branches ‘react’ to a breeze or a storm. The second is guided by the quest for energy, and encourages growth. The series of drawings Bio-graphie(s), as its name implies, is in a dynamic relation with bios, (that is to say life in its organic manifestations) and graphie, (designating the writing or inscription of graphic signs). On and off the paper, the drawings seek to account for this internal mobility of trees. The cellular structure, as well as the circulation of the sap observed inside the trees then become the point of departure for the works. Sometimes transformed into a 3D landscape, sometimes interpreted by the free gesture of the hand, the cellular structure of the trees is seen as a kind of ‘lacework of the living’ of which each drawing would be a variation. The space of the exhibition itself becomes a metaphor for the interior of the tree, inviting the viewer to immerse themselves in this ‘inner space’, sheltering in its intimacy the manifestations of the principle of the living. In search of this fundamental principle that passes through and goes beyond all forms of life on Earth, there is an allusion to a question of fundamental research: what does the tree, in its structure and microscopic functioning, reveal to us about ourselves? It is around this underlying issue that the works in the exhibition Inside the tree take root.
Iglika Christova 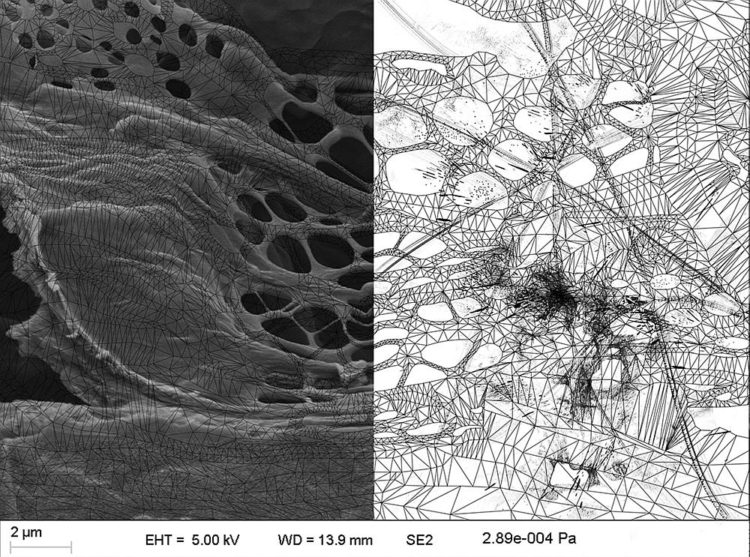 “Invisible Sun” – exhibition by Enil Enchev in [a] cube contemporary

Graffiti :: solo exhibition by David Ioan in ONE MONEV Gallery