“The Joy To Be Alive”

On the 24th of September Slav Bakalov will be a guest of Rakursi Gallery again. The occasion is his 70th anniversary. And again he seems to be the same but he isn’t quite. His vivacious sense of humor comes through not only in his ironical attitude toward the subjects of his interest or their symbolical meaning, but also in the joy conveyed by his expressions. Whether those are a female body, an apple, a devil, a cat, a fish, a still-life or a landscape, they are always his and not their ususal selves. He doesn’t want to be Van Gogh, Shagal or Picasso, but rather that they are a part of him. This can only happen when one is true to oneself and we are being reminded of this with this new Slav Bakalov show. For the ones who are going to see it, it will be a way to take the burden of life with a lighter heart.

1975 – Painter of cartoon films in the High State University for Cinematography, Moscow

He has over 30 solo exhibitions worldwide, among them: 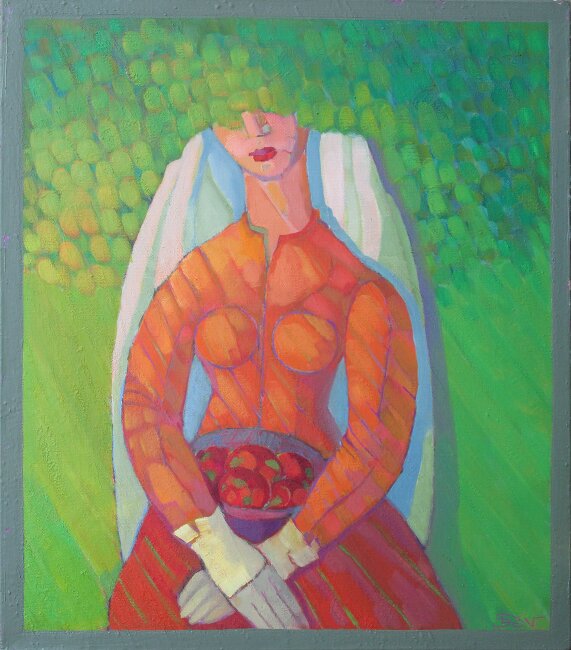