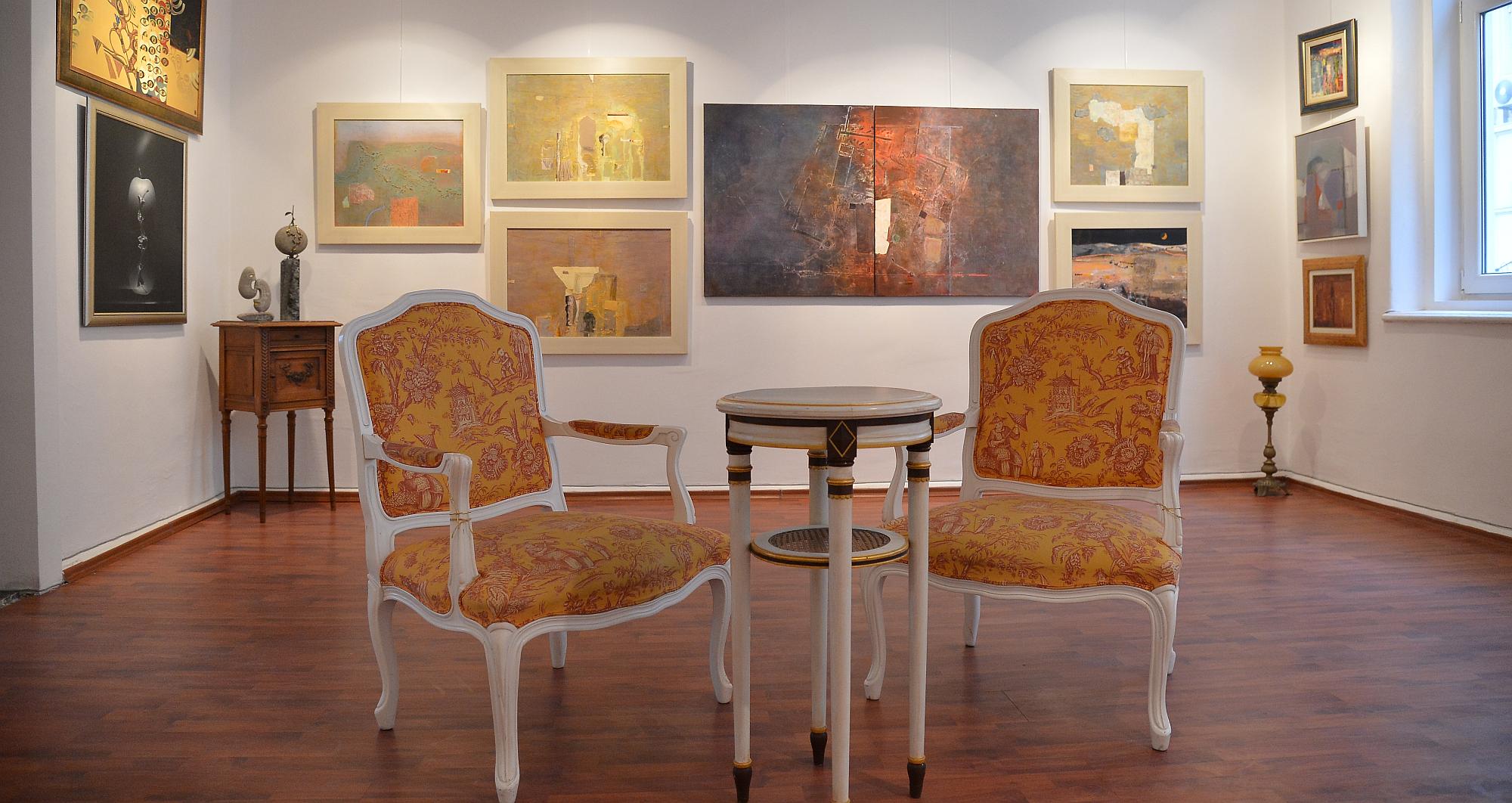 Art Gallery Europe presents more than 500 works by established masters of contemporary Bulgarian art, including paintings, black and white graphic artworks, sculptures, woodcuts, textiles and art jewellery. Art Gallery Europe has been a platform for the contemporary art community for 16 consecutive years. It was founded in 2003 as the Hadzhistoyanovi Gallery by a family of artists – Elena and Bozhidar Hadzhistoyanovi and their two children, Daniela and Stoyan. Today, Art Gallery Europe is affiliated with more than 100 prominent, professional artists. Despite the international recognition of most featured artists, the works in the gallery have been objectively reviewed by colleagues and critics according to two main criteria – talent and effort. Two intertwining forces – one of which is often stronger, with the other providing support – but always in synergy and on the same path. The path of creation and meaning. The gallery is located in a beautiful, old two-floor building from the early 20th century – a cultural monument in the heart of Sofia, just metres away from the Presidential Palace. It is on one of the streets most loved by the capital’s residents in this new century – the prestigious Lege. In some of the gallery’s halls, you may run into an artist putting the finishing touches on one of their works, right where it is displayed for the general public to see. Or become an accidental witness of an initiation into the fine arts at the Drawing School.